Despite the growing recognition of sustainable practices and green buildings, concern within the facilities industry continues due to lack of accurate quantifiable information regarding the financial cost and economic impacts of high-performance buildings. 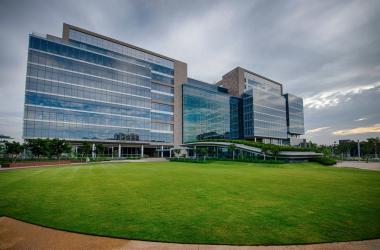 A new report published this month by industry associations has revealed that the average cost premium of building green over and above the cost of conventional construction – or green cost premium – is a mere 5.0% and can be as low as 1.1%.

The study compiled by the Green Building Council South Africa (Gbcsa), the Association of SA Quantity Surveyors (Asaqs) and the University of Pretoria (UP), includes cost data on a total of 54 Green Star SA office buildings certified through the GBCSA Office v1 tool up to the end of 2014; 33 of which are in Gauteng, 11 are in the Western Cape and 9 in KZN.

Manfred Braune, chief technical officer of the GBCSA says that the study was undertaken to analyse the actual cost premium of building green in South Africa, and challenge the belief that green buildings cost much more than conventional building. “South Africa has seen exponential growth in certified green buildings, from the first Green Star SA building in 2009 to the 165th in June 2016. Despite this, there are many more buildings that could be going green but are not.

One of the barriers has been the apparent green premium that many developers or building owners have thought going green would cost them. In the early 2000s, globally and locally a myth was perpetuated that green buildings cost 20-50% more than conventional buildings. Several international studies were done a few years later that dispelled this myth, but South African data had not yet been collected or reported on, so was not included in the studies. The findings of this study for the first time show that green buildings can be built for a negligible premium – between one and 10% – and that this premium is declining.”

It was also found that construction area had a significant impact on green building costs, with costs dropping from 9.3% for a building under 5000m² to 2.6% for buildings over 50 000m².

Danie Hoffman, programme leader for Quantity Surveying at the University of Pretoria says that contracts for larger buildings often benefit from more competitive tenders due to higher levels of productivity. “Economies of scale also result in larger developments having higher efficiency levels (and lower building costs per square metre) of installations such as lifts, escalators or air conditioning systems. So a large office development of say 28,000m²  with a substantial budget of R350 million will therefore often be able to afford green building initiatives more easily compared to a building with the same specification level but 1,000m² in size and costing R14 million. Larger projects will also offer design teams more green design options/scope which all support lower green cost premiums.”

There were some interesting findings in the analysis of tenant mix. Firstly, from 2009-2011 only 20% of green buildings were developed for generic clients, or multi-tenanted buildings. This escalated to 40% during 2012-2014. In addition, it was found that a building developed for a single tenant showed a significantly higher premium (8.1%) than a multi-tenanted building at 3.4%.

Hoffman says that this is because single corporate tenants often set more demanding specification levels and may also strive for a higher Green Star SA rating as part of corporate marketing and public image. “Such tenants will in most cases also provide design teams with more substantial budgets that can allow for more expensive, state-of-the-art green design solutions,” he adds.

Other noteworthy findings of the study include:

The green cost premium appears to progressively diminish over time, largely as a result of the growing maturity in the green industry; Green cost premiums have been declining since 2011, indicating that the SA green industry is maturing; a higher vertical façade to construction area ratio yields a higher premium; Two categories of the Office v1 tool (Energy and Indoor Environment Quality) received 58% of the allocation of the total green cost premium. This is because they carry a combined weighting of 40% and many of the credits of these two categories have a direct impact on the operating cost of buildings and on the quality of life experienced by the inhabitants of buildings. These credits are therefore often pursued by design teams.

Karl Trusler, ASAQS EduTech Director says of the Quantity Surveying firms who provided professional services on these buildings, “Their skills were ideally suited to providing the sophisticated data required to arrive at the findings, and determine the trends of this study.”

The findings in this report are very encouraging and, together with the findings from the joint MSCI/GBCSA Sustainability Index that shows that in South Africa green buildings yield a higher return on investment, they make a very strong business case for green buildings to developers, property owners and corporates,” concludes Braune.